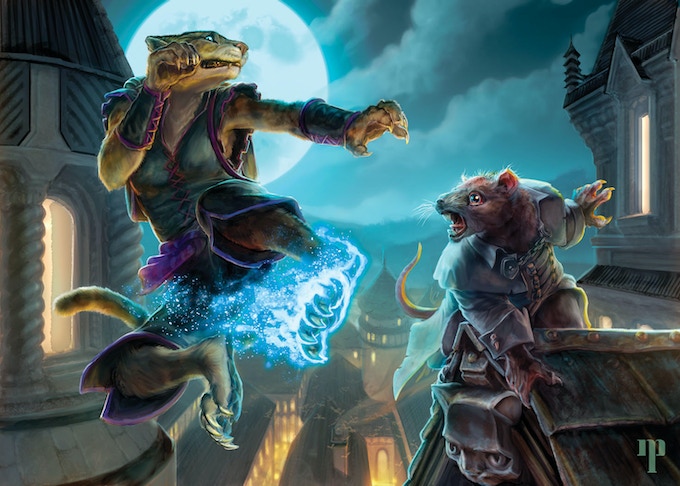 “I can destroy you with but a thought!” The rat was dressed in a long leather coat bleached white. His temples bulged, and his eyes were bloodshot with concentration as he ranted. "Take one step toward me, and I will obliterate you with my mind!”

Halo kept her martial stance, her eyes never leaving the rat’s. “Then do so,” Halo said.

“I’m sorry?” The rat didn’t seem to have anticipated this.

“Destroy me,” Halo pressed. “With your mind. Go ahead, magician.”

“I am no magician!” the rat screeched. “I am a scientist! I have studied the ancient records of the Old Ones, and I know the true power of the universe! I have mastered 47 of the 100 Theories!” During his tirade, the rat’s bulbous eyes began to water, and he finally did what Halo was waiting for.

When the rat opened his eyes a fraction of a second later, Halo had leapt into the air. Her foot glowed with a blue aura as she kicked him in the snout. The pain was intense, and the rat could feel his fur and flesh becoming bitterly cold as the blue energy enveloped him. He tried to speak, to unleash his mental attack, but he couldn’t move. The ice cracked and popped as his eyes froze solid.

Halo nodded in satisfaction as the frozen rat fell over the side of the roof, and turned away from her opponent. She needed tell the Ruling Council that the cult of Labo Tor had infiltrated the monarchy of Korat.
Zum Vergrößern anklicken.... 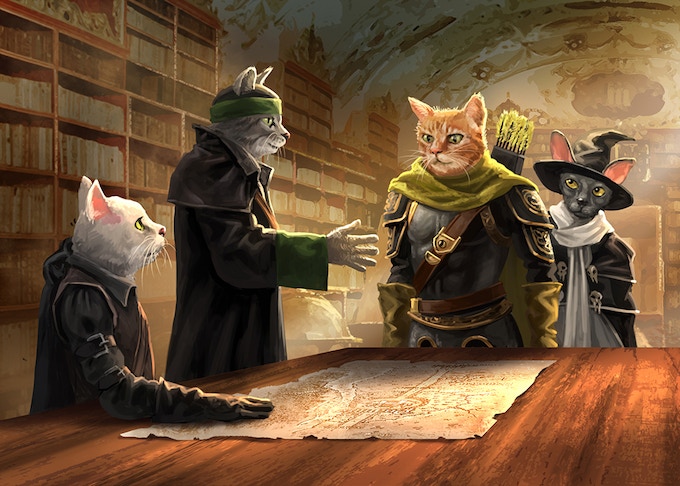 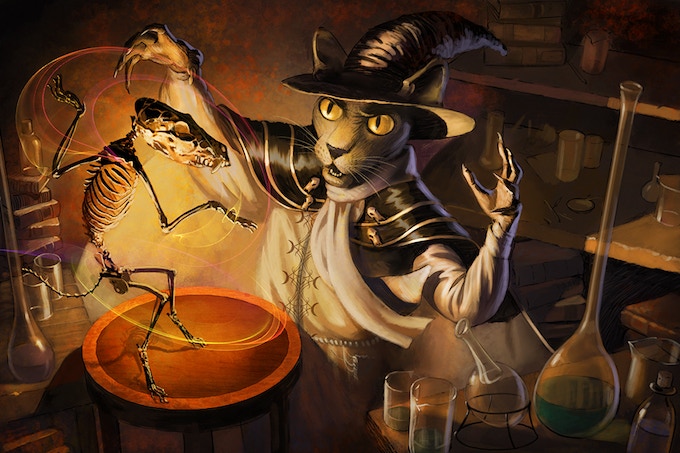 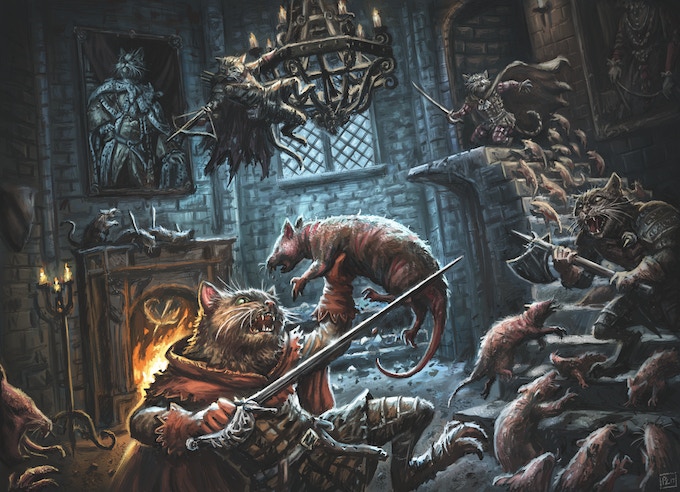 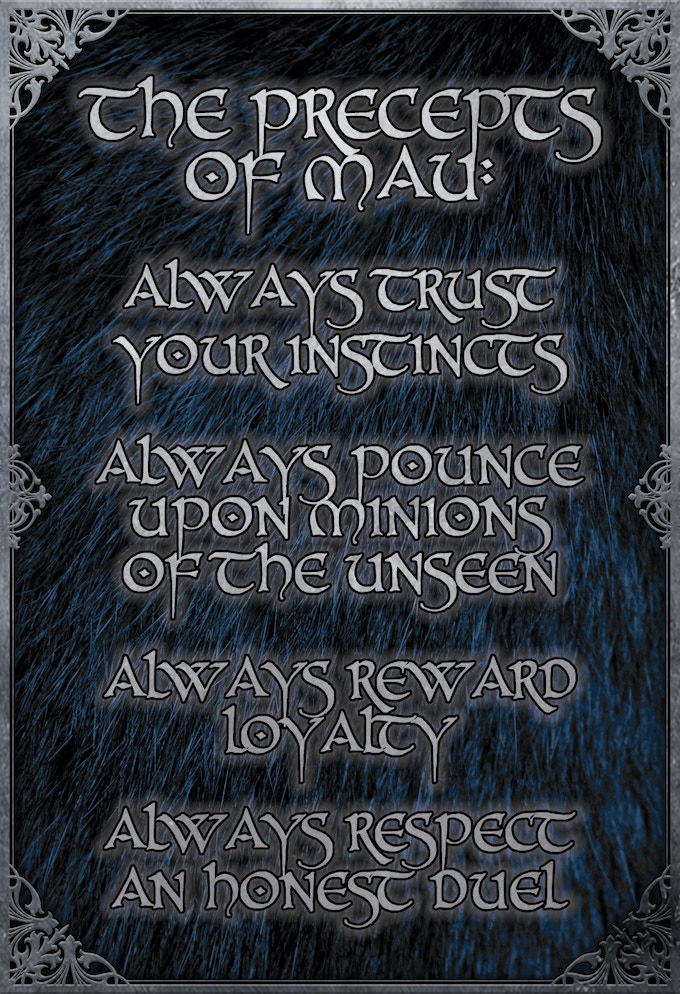 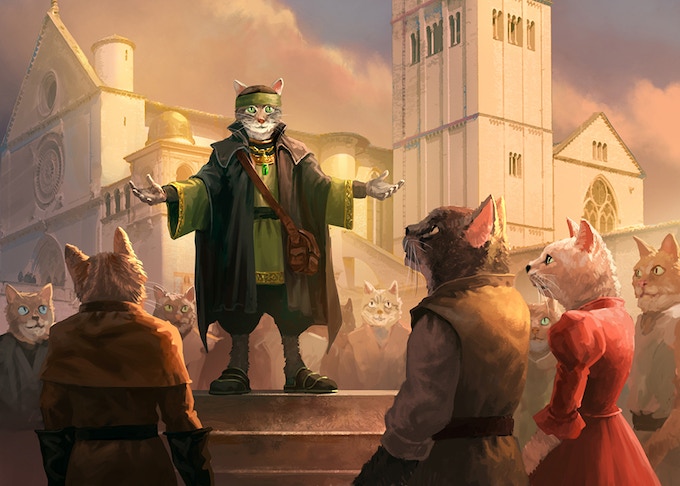