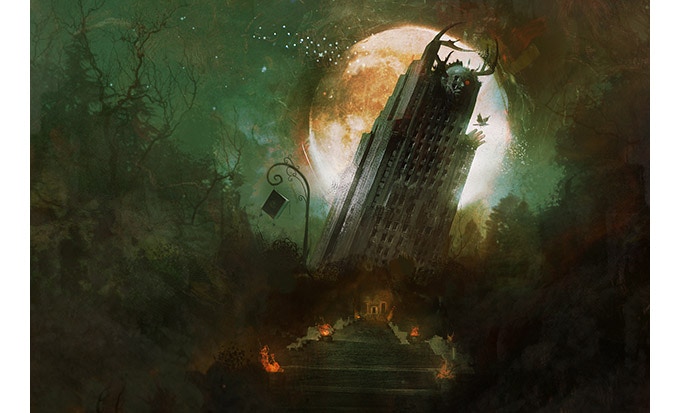 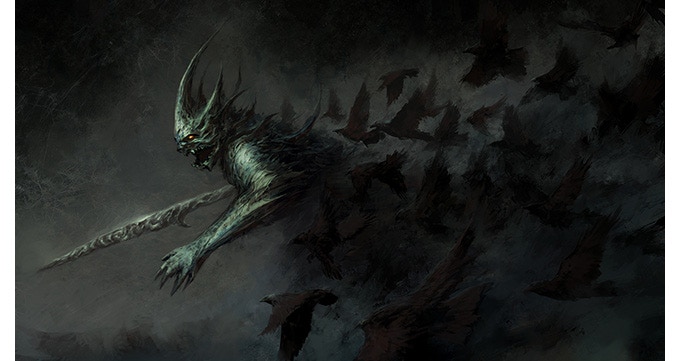 Invisible Sun is a game played on three different levels, or modes, depending on the situation. Each has its use to address certain types of narrative in the game, and each solves certain types of issues that can arise.

Action Mode: The first mode, called the Action Mode, is the one with the greatest focus on detail—it’s where everyone is sitting around a table (real or virtual) and the action is being tracked round by round so that every player gets a turn before anyone gets a second turn. This could be a fight, a chase, or a tense moment of negotiation. Most roleplayers are very familiar with this mode.

Narrative Mode: The second mode, the Narrative Mode, is also familiar. While no one is tracking things carefully in rounds or strictly managing turns, everyone’s probably still at the table and the GM is managing the actions and outcomes. The game might use this mode to handle travel, investigating an interesting area, resting, commerce, or casually negotiating with NPCs. There are still die rolls to be made, points to be spent, and so on, but probably not with the frequency of Action Mode.

The first two modes go hand in hand, with play naturally moving from one to another. The group might travel to an enemy sorcerer’s citadel using Narrative Mode, and then switch to Action Mode as they enter the citadel and deal with her magical wards and strange guardians. Both modes can be thought of as “table play,” because they take place, obviously, with everyone gathered at the game table.

Development Mode usually just involves a single turn of a Sooth card. You don’t use dice in Development Mode. Even character sheets probably aren’t really necessary much of the time. This mode might involve the player(s) sitting down with the GM, or it might be handled through texts sent back and forth, perhaps using the feature in the Invisible Sun app designed exactly for that. The app also makes it possible for the GM to turn a card and send it to the player(s), indicating how any interpretation inspired by the card influences the outcomes of their proposed actions.

In Development Mode, one or more players decide to take an action that can be resolved away from the table. They might elect to talk to the magistrate and see if they can get permission to enter one of the forbidden areas of the city of Satyrine. They might spend time asking around about the Devouring Circle and where it can be found. Or (if multiple players are involved) they might simply talk among themselves to determine their next course of action as a group. These are referred to as side scenes. There’s even a sort of side scene that details events that happened in the past, but which might impact events in the present or even the future. These appropriately titled flashbacks are always interesting because they allow a nonlinear narrative. A flashback doesn’t have to take place in the distant past. It might be a flashback regarding how two characters spent the previous day getting ready for the events in the most recent session of table play by spying on their opponents and gaining valuable information.
Zum Vergrößern anklicken....